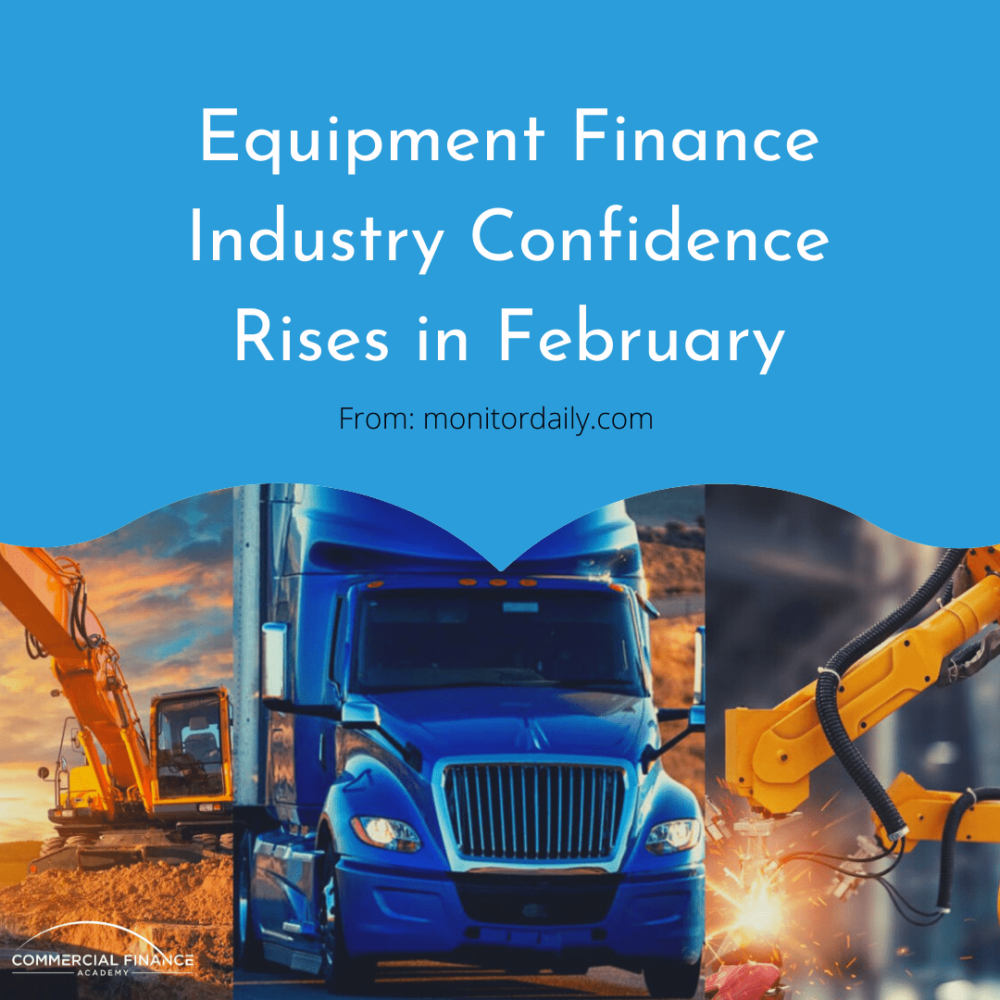 According to the Equipment Leasing & Finance Foundation’s February 2021 Monthly Confidence Index for the Equipment Finance Industry (MCI-EFI), overall confidence in the equipment finance market is 64.4, an increase from the January index of 59.6.

“Although we believe the 2021 PPP program will suppress capital needs for a short period of time among SMBs, we’re expecting a positive rebound from a year’s worth of pent-up pandemic demand,” Brad Peterson, CEO of Channel Partners Capital, said. “Our post-pandemic portfolio looks fantastic and we expect the strong performance to continue through 2022. We believe this is the time to invest in SMB marketplace opportunities.”

“We are seeing pent-up demand for equipment and structure investment. Due to the continued uncertainty caused by COVID and the low interest rate environment, customers are preferring to finance rather than pay cash,” Michael Romanowski, president of Farm Credit Leasing, said.

Check out the article to read more: https://www.monitordaily.com/news-posts/equipment-finance-industry-confidence-rises-in-february/?fbclid=IwAR2cH19S2-dHQR_mKMls_oU6X3r6hqvcGMpgtq5TIWmiC1C1qPwMaOmLJW0