Five Signs It’s Time To Be Your Own Boss 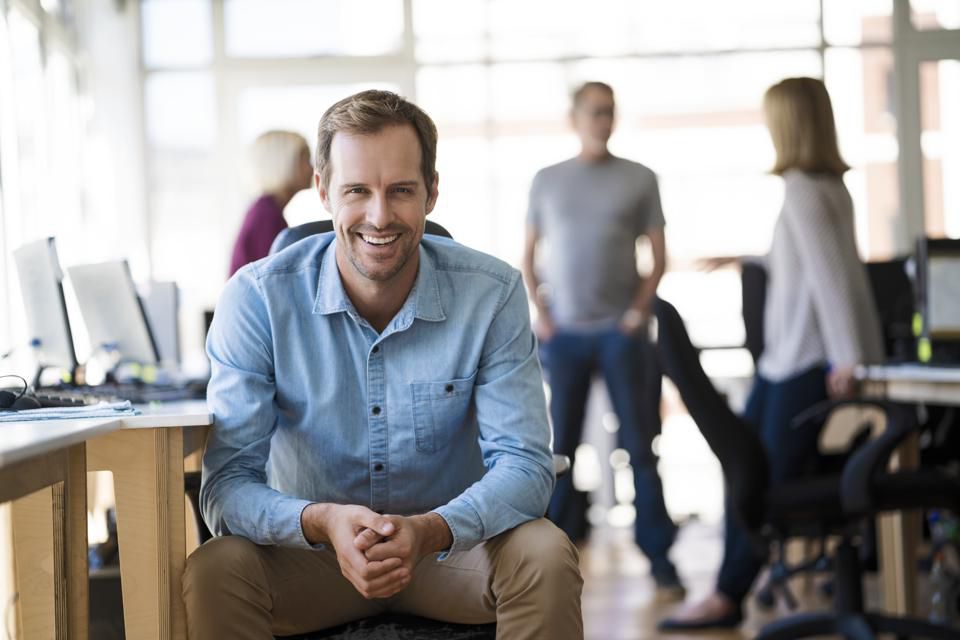 If you’ve been sitting in your office thinking that you would love to be your own boss, you’re not alone. According to a recent report by FreshBooks, 27 million Americans are expected to leave corporate America in favor of self-employment by 2020. Another report reveals that three in five, or 62% of Americans want to own a business.

While it may sound attractive to be your own boss, it might be difficult to consider jumping from the comfort of a steady paycheck into the unknown. Perhaps you have contemplated self-employment, but you’re thinking, “I’m too old,” “It’s not the right time,” “I don’t have the money,” or “What if I fail?”. Well, it’s true—not everyone is cut out to be their own boss. However, fear is normal. In fact, if you’re experiencing some fear, that’s actually a good thing because that means you are probably ambitious and dreaming big. To determine whether it’s time to be your own boss, you need to take a step back and ask yourself why you are thinking of taking the leap.

Here are five signs it may be time to be your own boss:

1. The dream just doesn’t go away

You have mentioned it many times to close friends and family, dreamt about it and maybe even researched multiple business ideas. It’s not a fleeting thought but one that continues to follow you year after year. You keep saying to yourself, “I want to be my own boss” or “I want to work for myself.” Yet, you continue to convince yourself that it’s either too late, too expensive, too crazy, or maybe just too risky compared to your seemingly “secure” corporate job. You might not know where to start, but the thoughts don’t go away, they persist. If you’ve been thinking of being your own boss for years, it might be time to consider taking the plunge.

2. Climbing the ladder isn’t satisfying anymore (if it ever was)

If you are working for someone else, chances are you’ve been spending your career climbing the corporate ladder. However, climbing the ladder is no longer the ultimate goal for many Americans. In 2018, according to the Bureau of Labor Statistics, the median years of tenure with their current employer for employees aged 25 and over was only five years. Not only that but the gig economy is helping many to say goodbye to their traditional nine-to-five jobs. In 2016, approximately 34% of the workforce were freelancers, and by 2020 it is expected to increase to 43%.

The Role Of A Mentor

Perhaps you are very successful by society’s standards, but your job doesn’t provide the fulfillment that you crave. You’ve risen in the ranks, reached executive status, managed teams, and even secured a healthy six-figure salary with a 401(k) and generous health benefits. Despite all this, getting up every day to go to work seems like a chore. You live for vacations and weekends and spend the weekend recovering from the work week. You wonder why you don’t feel satisfied even though you may have a title, status and a good income. You continue to look around your office saying to yourself “there must be more” or “is this all there is?”. Your values just aren’t reflected in your work, and you’ve decided that it’s finally time your values and career are aligned.

3. You’re tired of your work persona

Mike Robbins, the author of Bring Your Whole Self to Work, explains that we can work better and be more fulfilled if—instead of trying to hide who we are—we show up fully and authentically. Maybe you feel like you’re a square peg that’s been trying to shove itself into a round hole for so many years that you don’t recognize yourself anymore. You’ve gotten further and further from the real you and the things that used to bring you joy. All of this is taking its toll because it requires a great deal of energy to play this role at work. Basically, you feel like you need to be a different person at your job to be successful (wouldn’t it be nice just to be you all the time!). Maybe the people close to you are noticing the difference in your personality and that you lack the energy and enthusiasm you once had. Work might also be leaving you angry and frustrated, and it’s starting to affect your personal relationships.